Honolulu Bans Texting While Walking Across the Street

Looking at your smartphone while crossing the street could result in serious injury. But in Honolulu, it will definitely get you fined if you're caught.

Under a new ban signed into law last week -- and set to take effect in October -- anyone nabbed crossing a street or highway while viewing a mobile electronic device will face a fine of $15-$35 for the first offense. 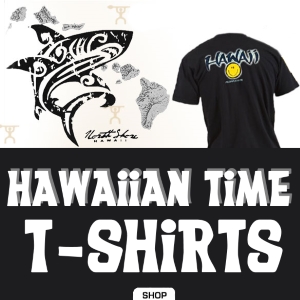 The Hawaii capital appears to be the first major U.S. city to take this step. The new rules have invited accusations of government overreach and exposed a slippery slope for local cellphone regs -- 'don't text and walk' could be the new 'don't text and drive.' But advocates say they're necessary for safety.

"Sometimes I wish there were laws that we did not have to pass, that perhaps common sense would prevail. But sometimes we lack common sense," Mayor Kirk Caldwell reportedly said at the July 27 signing ceremony.

Fines climb as high as $99 for the third offense in a year, close to the $130 ticket for jaywalking, according to the Honolulu Police Department.

Introduced in January by Councilman Brandon Elefante, the measure was approved on July 12 by the City Council with only two members -- Ann Kobayashi and Ernie Martin -- voting against it.

According to the National Safety Councils Injury Facts 2015, there were more than 11,000 cellphone-related distracted walking injuries from 2000-2011.

However, nearly 80 percent of those injuries were the result of a fall and 52 percent occurred at home.

The actual number of crosswalk-related injuries is hard to gauge.

A survey conducted by the American Academy of Orthopaedic Surgeons (AAOS) found 90 percent of respondents said they had seen others talking and walking, though only 37 percent would admit to doing it themselves. Slightly less (85 percent) reported seeing others using a smartphone while crossing the street, while only 28 percent said they had done the same.

While opponents do not dispute more injuries are occurring, they question if government intervention is the right response.

Councilmember Martin suggested during debate of the bill that a public information campaign would be more effective in reaching so-called smartphone zombies.

Honolulu resident Ben Robinson argued in written testimony that a better way to instill personal responsibility would be to provide "more education to citizens about responsible electronics usage, and allow law enforcement to focus on larger issues."

Honolulu may be the biggest city to take this step but it's not the first to crack down on texting while walking.

In 2012, the town of Fort Lee, N.J., approved an $85 fine for anyone found texting while jaywalking.

In 2016, a New Jersey state Assemblywoman Pamela Lampitt failed to get support for her bill to fine text-walkers $50 or send them to jail for 15 days.