An Oahu Fantasyland: The Seven Bridges of Moanalua Valley

Many 'secret' hikes in Hawaii are on the tourist radar, but not so for the enchanting (for real) saunter into Moanalua Valley, which begins at the back end of a neighborhood park in central Oahu not far from a freeway. A cobblestone road and decrepit bridges swerves through a wild tropical garden in the former estate of Samuel M. Damon—who was bequeathed the valley by Princess Bernice Pauahi Bishop, the great granddaughter of Kamehameha I.
Though engulfed by greenery, the route is easy-walking, especially compared to some other valley hikes into the Ko'olau Range. 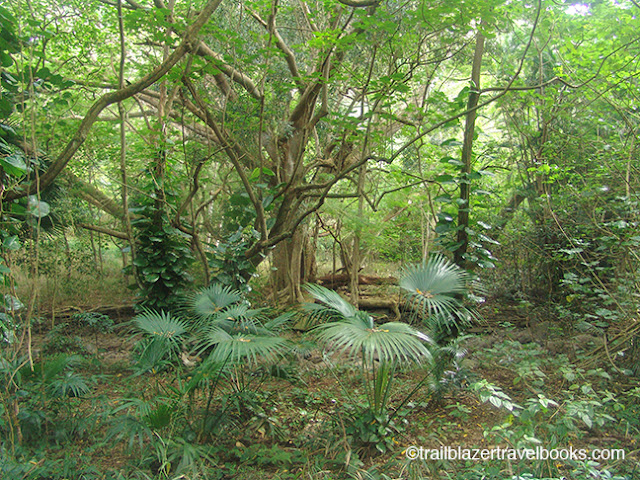 The road ends after a couple miles, becoming a trail used by pig hunters that eventually becomes ensnarled ed by flora and too steep to hike. BTW: On some weekends, hunters may be present, as indicated by signs at the park's trailhead (stay out). For access information, call Moanalua Gardens at 808-834-8612 (these gardens, several miles from the neighborhood park trailhead, are not among the island's most spectacular, albeit the home of the "Hitachi Tree," which was featured in a TV commerical in Japan and is visited by busloads of tourists. ). 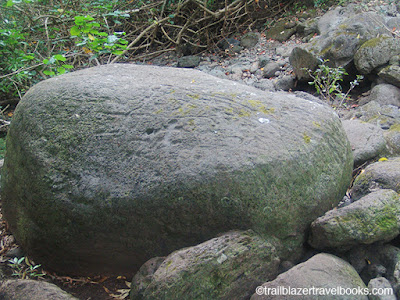 Hawaiian habitation predated the Damon family's ownership by centuries, as evidenced by Pohaku Ka Luanne (Stone of the Old Woman). The 10-foot long, egg-shaped stone is etched with petroglyphs. Other ancient artifacts are also on site. 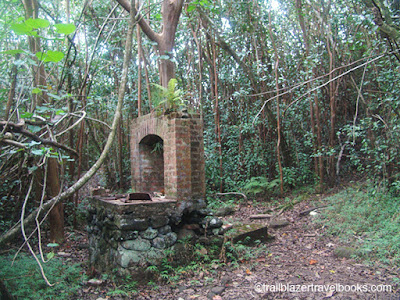 Damon's children built homes in the valley, but only remnants remain. Moanalua Valley in recent decades was slotted for the trans-Oahu H-3 Freeway, but preservation groups banded together to re-route the project. Oahu Trailblazer has more details on this hike, beginning on page 65.

Source:: An Oahu Fantasyland: The Seven Bridges of Moanalua Valley