Free Stuff To Do In Honolulu: Walk Through Living History

Looking for fun stuff to do when visiting Honolulu?

Want something free to do when you're in Honolulu?

Here's a great suggesting on free stuff to do in Honolulu.

Only a few miles from tiki torches of Waikiki sits downtown Honolulu, one of the best walk-round cities in the U.S.A. The Ali'i Hale (a.k.a Judiciary History Center) is a freebie, where you are greeted by a life-sized (the guy was larger than an NFL lineman) King Kamehameha I. Across the street is Iolani Palace. Hawaii's last monarch, Queen Liliuokalani, was imprisoned in her own bedrooms here after the unlawful overthrow of the nation in 1893 by U.S. business interests. The Royal Hawaiian Band (together since the 1800s) plays a free concert every Friday at noon.

Aloha Tower, near the bay, is a good place to start a visit, and has been since it was built in 1926. The elevator ride to the top is another freebie. 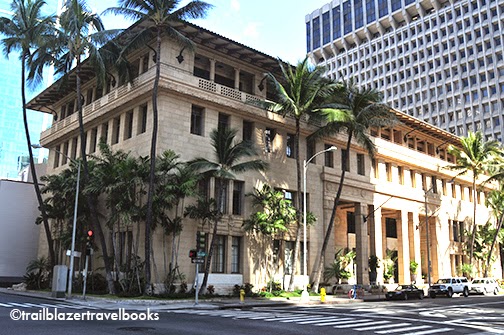 The city if full of historic buildings amid sleek skyscrapers and plazas with swaying palms and fountains. Its Chinatown is a trip-within-a-trip, to an exotic markets and film-noir bars and shops. Several art and history museums are also packed in, including the Honolulu Academy of Art, with a world-class collection.

Oahu Trailbazer has all the details for a full-day in Honolulu. There's a lot to see on Oahu, but to really know the place, you need to pound the pavement downtown. Shuttle buses connect with Waikiki.