(CNN)For a group of friends in Hawaii, this past weekend was supposed to be filled with fun, laughs and a wedding engagement; instead they were left cold, wet and trekking through knee-deep mud to safety. 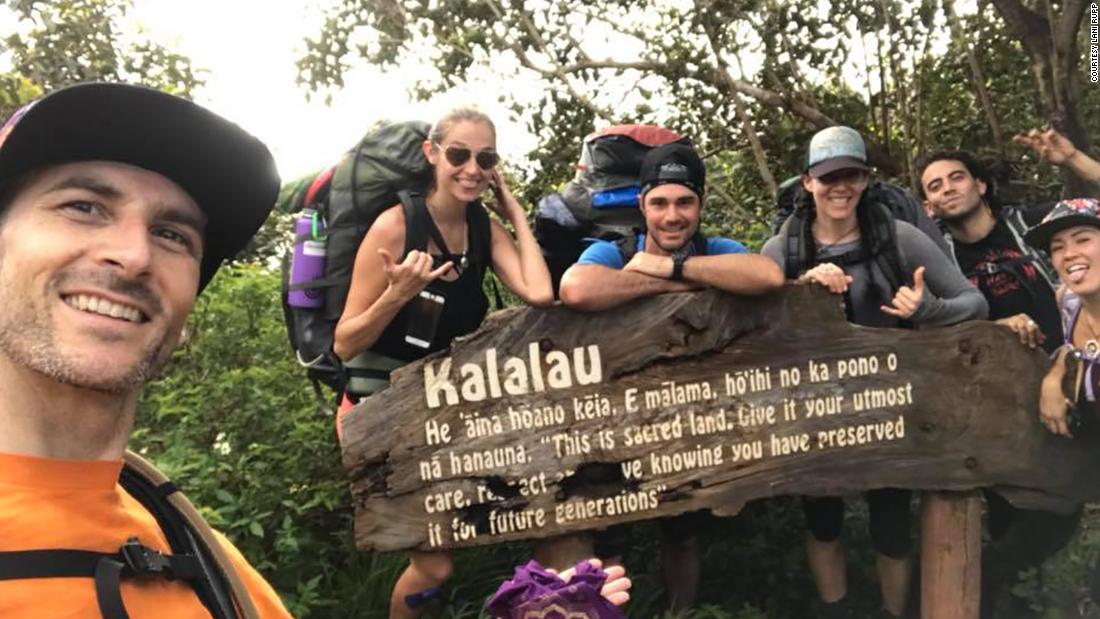 "It was a spectacular hike," said Lani Rupp, 24, of Honolulu. "The first two days was so beautiful and nice. The valley makes you feel like you are in a fantasy world."

Rupp and her group of over 20 friends met Wednesday for their weekend of backpacking, but by Friday evening their adventure took a turn for the worst.

"The ocean was raging and the rain and lightning was immense," Rupp said. "Most of us got soaked and couldn't sleep because we were cold and tired."

Torrential rain hampered the area and, unbeknownst to them, the heavy downpours brought flooding and landslides to the area, washing out some of the trails to get back. The group didn't have cell service and had no idea how much destruction the rain left in its wake.

On Saturday, four of the backpackers decided to try to make their way back while the others set up tarps and tried to keep warm and dry.

"Saturday morning was the day I already planned to leave originally, " said Rupp. "But decided to stay to ride out the rain."

On Sunday morning, Rupp and seven other friends packed up their gear and headed out on the trails. Some of the paths were so washed out that the group got lost several times and had to circle back, she said.

"It was raining the entire hike and a majority of the trail was basically mud and waterfalls," she said.

The toughest spot came when they had to cross a river. Normally the group could hop across the rocks, but the water was raging and up to her shoulders, she recalls.

"I got washed down the river about six feet where I grabbed onto a rock," she said. "My partner got my backpack from me and then was able to grab my arm and pull me across the river."

Rupp lost her hiking shoes in the river and had to wear sandals for the next 20 miles. The group eventually made it out of the trail and hiked on the roadway to a nearby resort area. They still didn't know what ever happened to their friends who left on Saturday and couldn't communicate with the group that stayed at the beach. 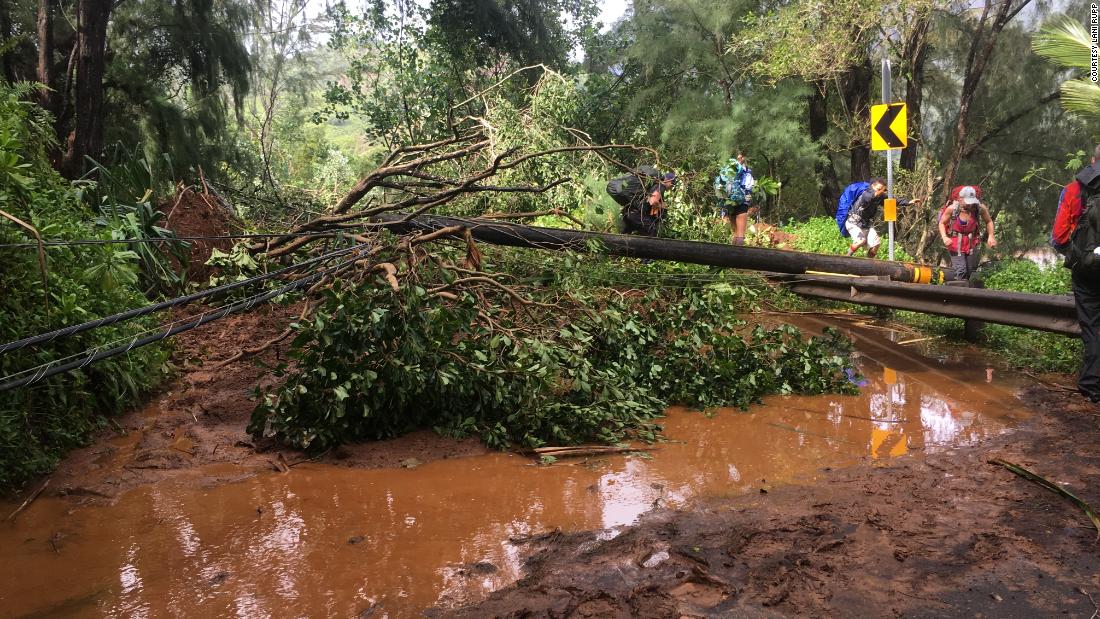 The roads, impassable by vehicles, were covered in mud from the landslides and power lines littered the streets.

"We felt like we were in a video game, leveling up through all the obstacles," Rupp said. "It was surreal."

Sunday night the group sought refuge in Wainiha, where locals took them in for the night, and they had their first meal since that morning.

"We hadn't eaten since breakfast, since we thought we would be coming down to civilization, and finished most of our food the night before." 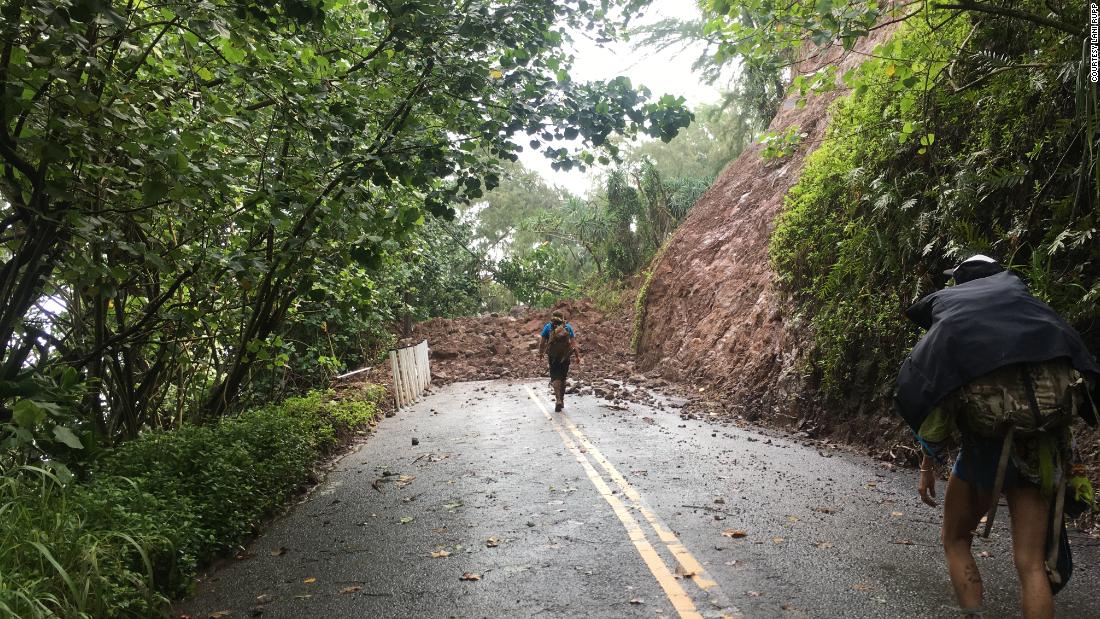 Monday the group continued their journey and made it to Princeville, where they were reunited with their friends who left before them.

"After so much worry, everyone in our hiking group was safe and accounted for."

Throughout everything, the group kept their spirits up, Rupp said, and they were all smiles as they swapped stories of survival. 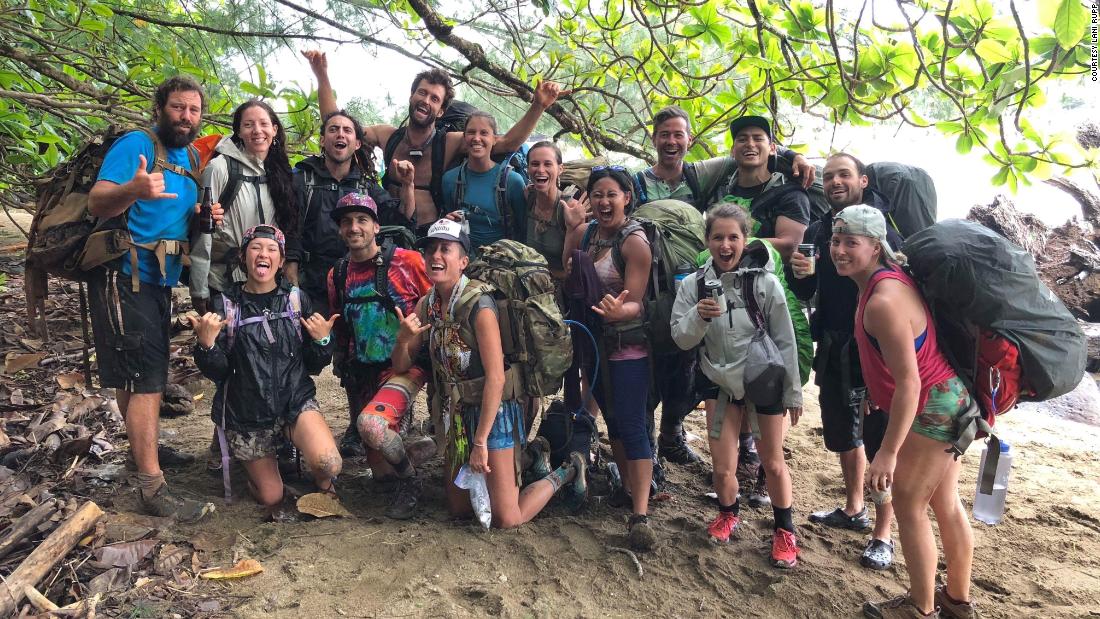 The remaining backpackers who stayed on the beach were airlifted, according to Rupp.
"We are very thankful for our lives because we all encountered extremely dangerous situations where we are lucky nothing bad happened."

Over 400 people have been airlifted from Kauai since Monday, according to County Mayor Bernard P. Carvalho Jr. And the threat for the island isn't over. The National Weather Service has issued a flash flood watch for the area through Friday afternoon.

View all posts by: Kapotrading2