The Texts Loved Ones Sent During the Hawaii Missile Alert Mishap 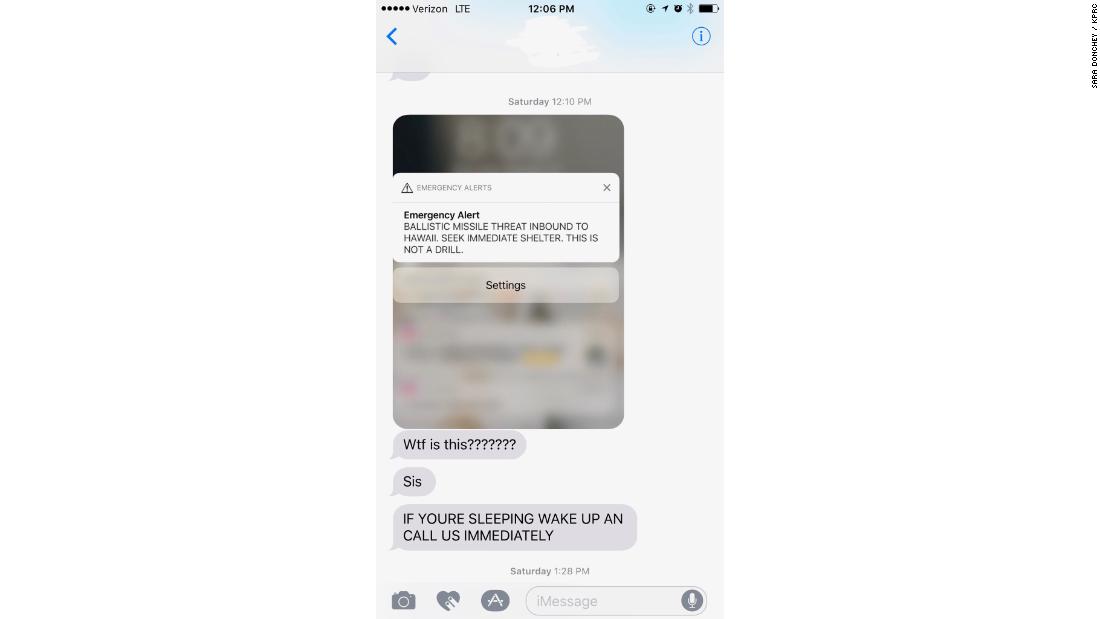 "I was in a bit of a stupor because I had just woken up from a nap," said Donchey, an anchor at CNN affiliate KPRC in Houston who was visiting Hawaii. "The first thing I noticed was nine missed calls from my dad, then my mom's texts telling me to take shelter and that she loved me." 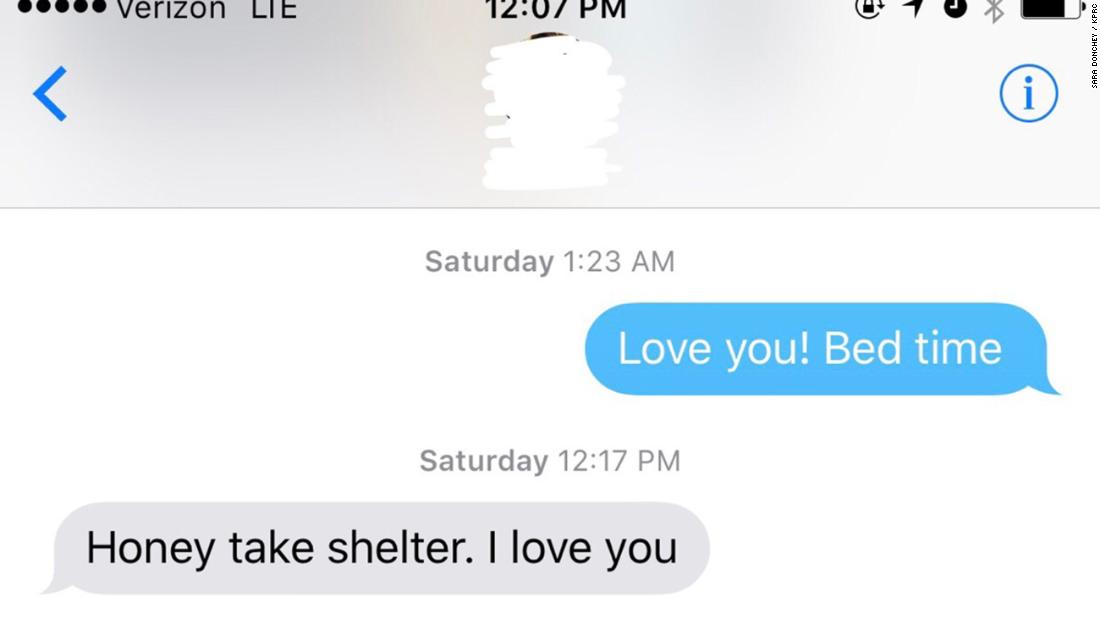 "Perhaps the most upsetting part came several hours afterward, when I realized the agony my mother went through for those 38 minutes," she says. "She thought her daughter was going to die alone. No one would console her. That's what I felt the worst about." 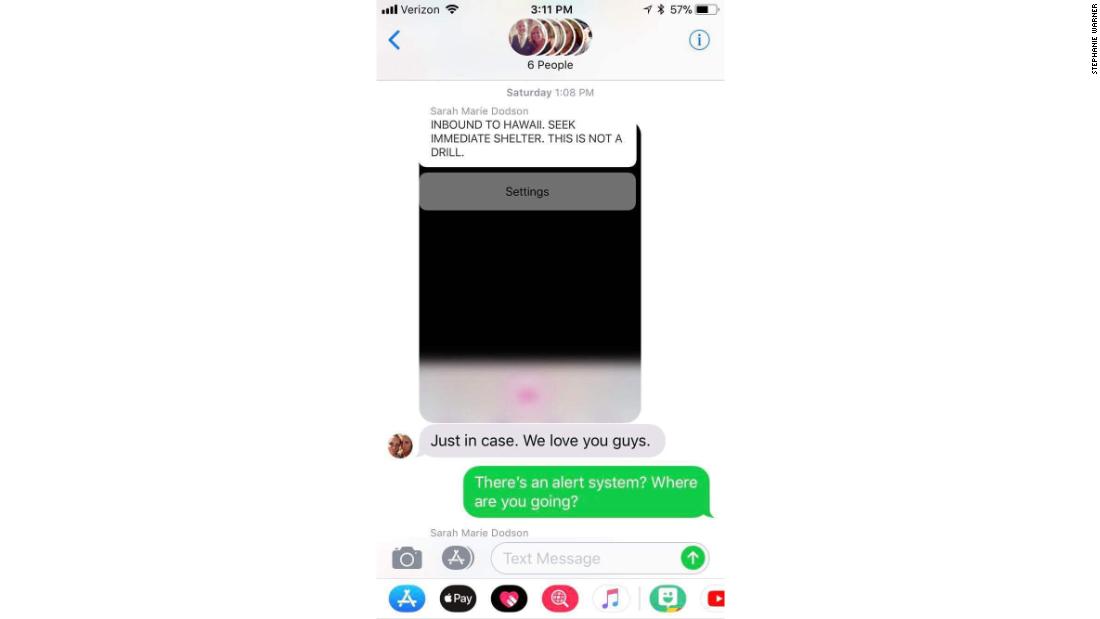 "When I read the text, Ben, Abbey and I were just watching TV so we started Googling looking for answers," says Warner. "Sarah didn't know any more than the alert she received so she didn't have many answers either." 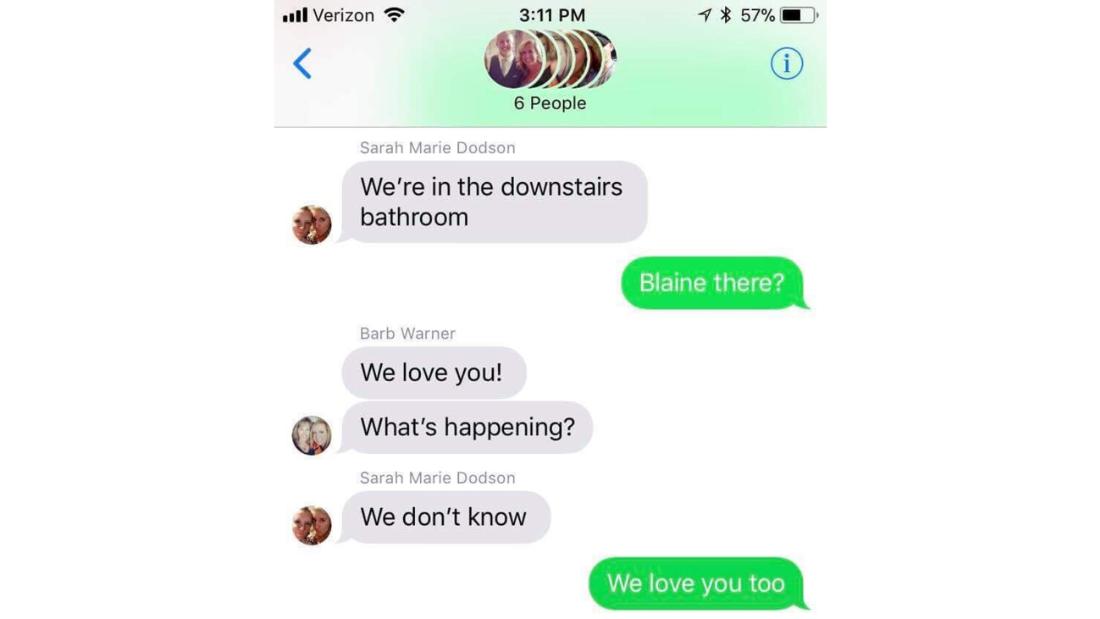 "I think we were too shocked to react emotionally," Warner remembers. "I just wanted to know why I couldn't find any information on what was happening. ... Sarah sent us a picture of a sleepy Emmalinn to calm us down, which was appreciated." 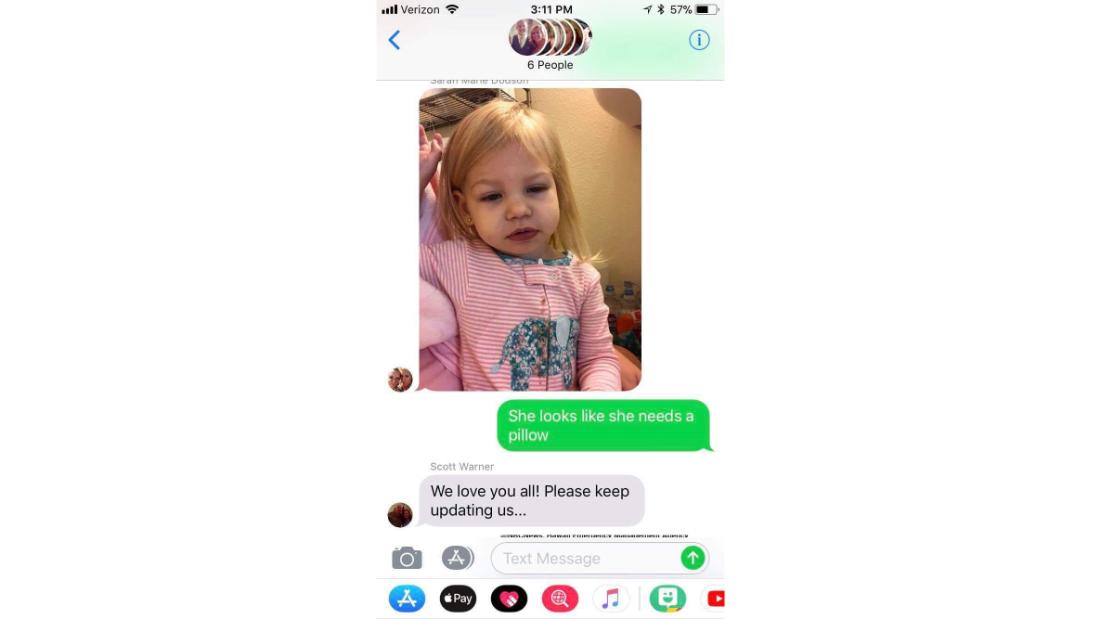 "I don't think the reality of what was happening hit me until a few hours later when she FaceTimed me with Emma," Warner says. "I went into a panic mode of how do we fix this? Can they come home? Can Blaine find a new career? Would it matter if they did any of that if this is what the world is coming to? I felt very small and helpless. I've been reading most of the articles that have been released since and I think it really hits home knowing this is a reality. It could happen at any moment and again, there's nothing we can do about it but pray that everything is in control." 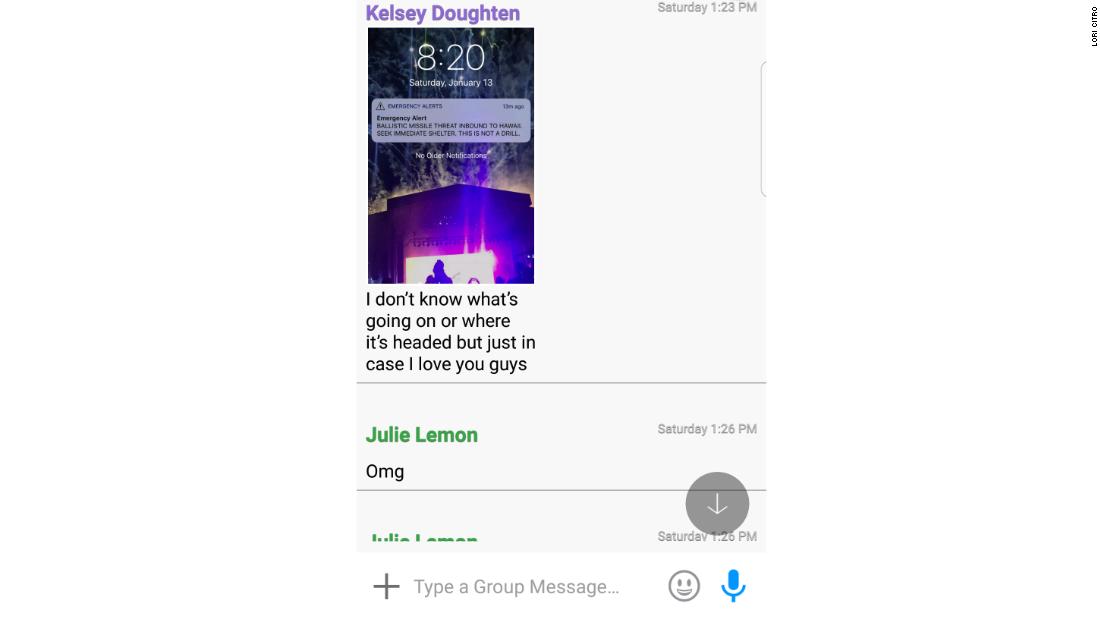 "[The other family members] had the wherewithal to check if it was a hoax," Citro said. "I just melted down and cried and sobbed. Couldn't even think straight. Seemed like an eternity." 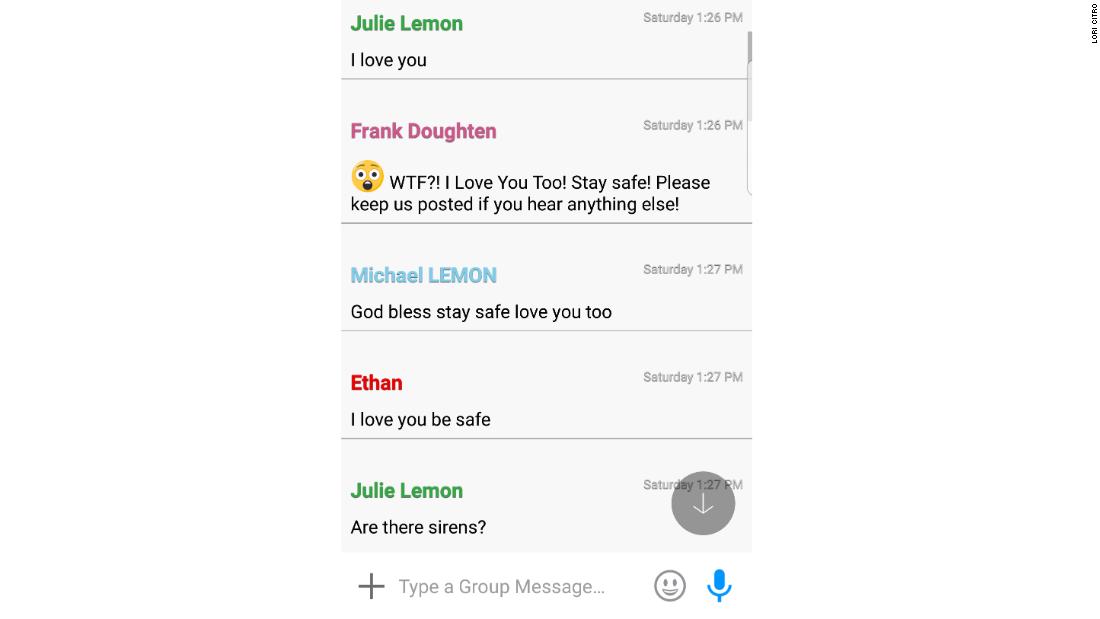 "I had a total meltdown at the restaurant sobbing crying and barely able to read the rest of the messages," Citro said in a Facebook post. "The good-byes, 'I love yous' and finally quite thankfully, the message it was a mistake or a hoax." 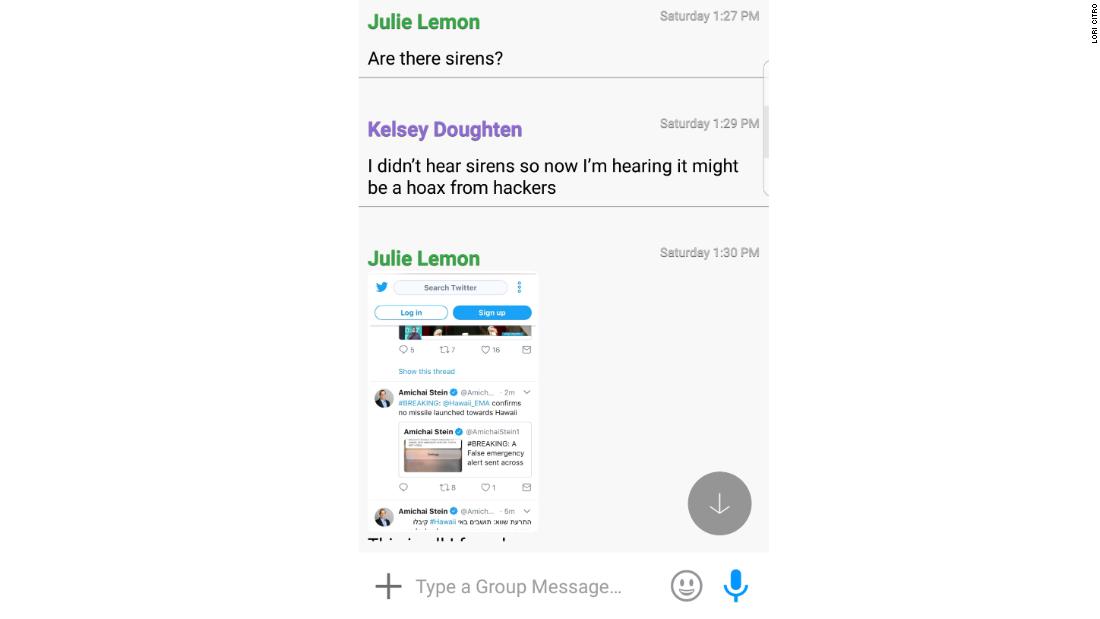 "My daughter was going to die, today, alone," Citro remembers thinking. "I wanted to run from the restaurant and fly to Hawaii to be with her."

"My first initial thought was pure fear at the idea that my 2-year-old daughter's life was going to be instantaneously cut short," said McMurray. "That melded into the thought on what was it going to feel like - would I die in the initial blast or get lingering affects from the radiation exposure and die later on?" 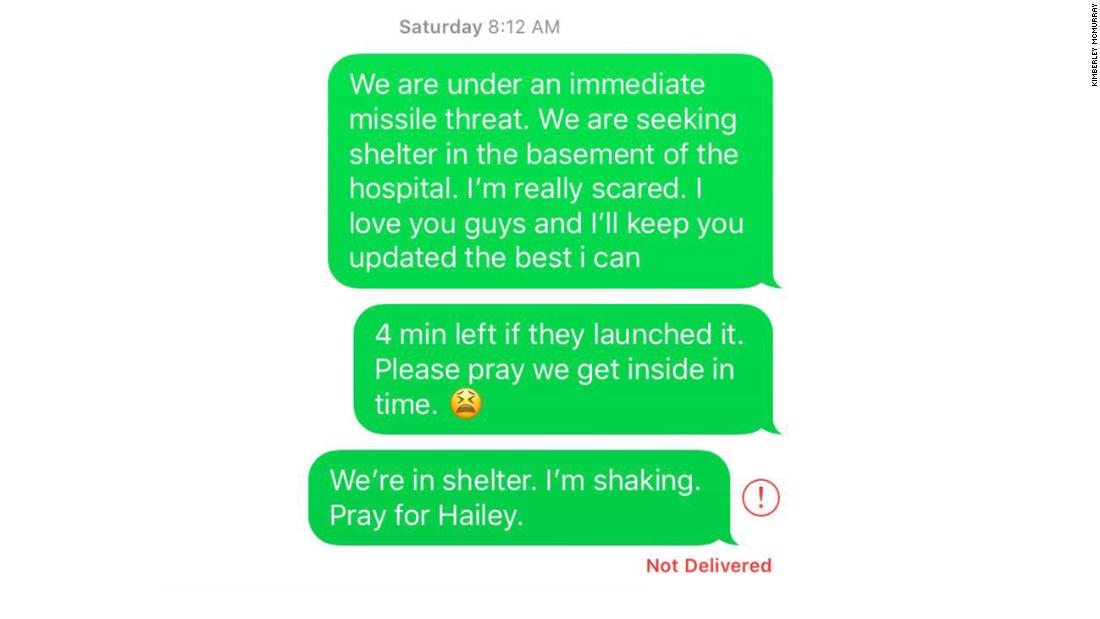 "I wasn't sure if I should text my family because I was honestly more worried about the fear and helplessness they would feel," McMurray remembers thinking. "I debated sending a text at all, but felt that if I only had minutes left, I wanted them to know we loved them.

"Helpless," Sutherland wrote on Facebook. "The feeling you have when your daughter sends you the following text..." 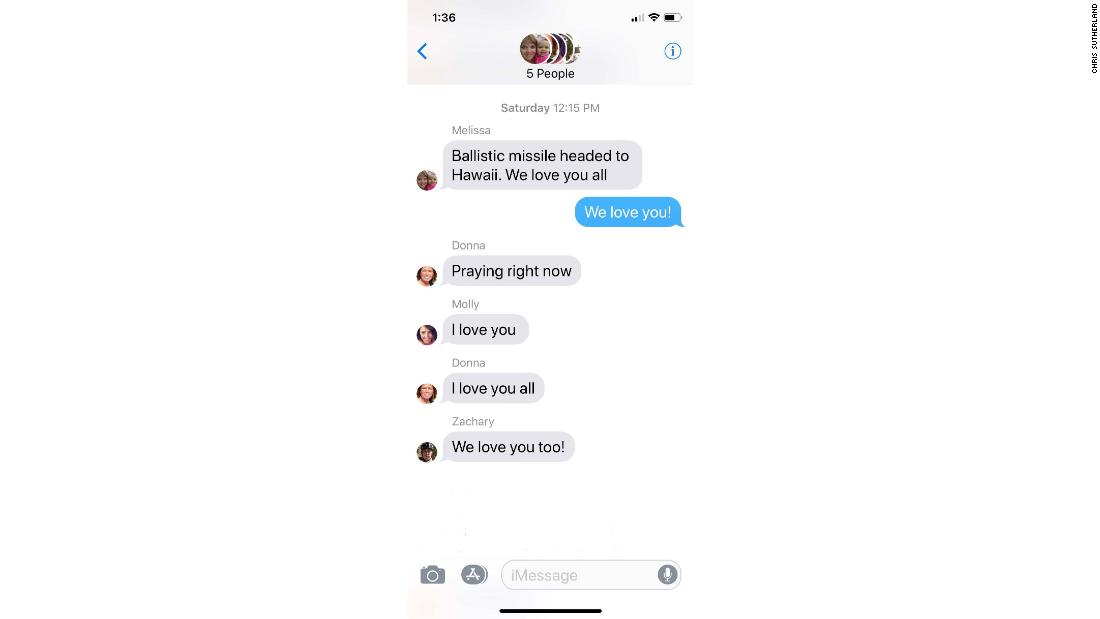 View all posts by: Kapotrading2