Sharks of Hawaii Another Shark Attack

This recent shark attack victim, the German tourist, has been identified as Jana Lutterropp. The 20 year old had her arm bitten off by an unidentified shark while snorkeling. It was a 57 year old gym teacher from California, Rick Moore, who came to her rescue putting on flippers and swam over 300 feet into the ocean after hearing her screams. Blood was all over the water when he made it out to her as he risked getting attacked himself and he brought her back to shore. 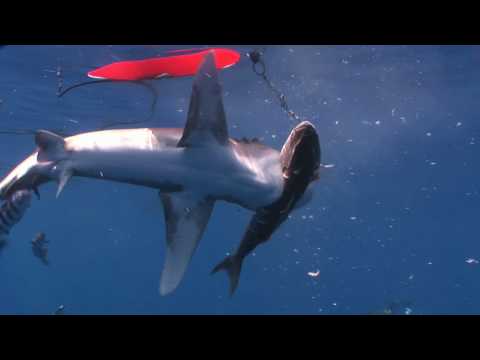 No another attack marked the 9th shark attack in Hawaii in the last 12 months as 16 year old surfer, Jimmy Napeahi, suffered severe leg injuries as an 8 foot grey colored shark bit him while riding a wave just southeast of Hilo. A nearby surfer witness the attack as he saw the large shark come after Jimmy from behind. The shark attack was unusual as it came at 1:30pm, a time of day that is usually safe for surfers.