You Can Watch Pro Surfing Superstars for Free in Hawaii

Professional surfers chase waves all around the planet, but few among them would dispute that the primo breaks are in Hawaii, more specifically, the North Shore of Oahu. Watching a competition some of which are championship contests equivalent to the Super Bowl is one of the great freebies in sports. And even when an event is not scheduled, provided the surf's up,' you can find a place on the sand to some of the best in the business. Here are some of the best seats for spectators on each island. 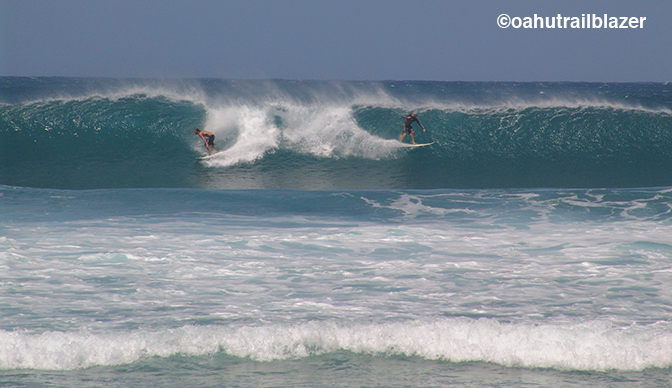 Back door and front doors opening at PipeAlong a ten-mile stretch of the North Shore is the 'Mt. Rushmore' of the World Pro Surfing Tour: Sunset Beach, Pipeline (Ehukai Beach Park), Haleiwa, and Waimea Bay. Connecting the four, as well as two-dozen other named breaks, is rural Kamehameha Highway, paralleled most of the way by a bike path and country lane. Equally well-known among the big boy (and girl) surfers is Makaha Beach on the West Side.  Some tourists may be put off at first by the rough-edges of Waianae, but hang around Makaha, especially during February for the Buffalo Big Board Surfing Classic, you may be hooked. This is the home beach of Richard 'Buffalo' Kealuna, and his sons, Rusty and Brian, as well as the late Rell Sunn, the women's longboard legend. 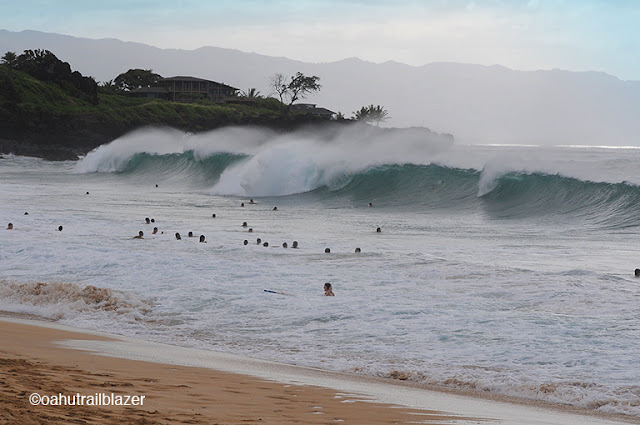 Shore break at Waimea Bay Kauai Bethany rocks KalihiwaiBlack Pot Beach Park in Hanalei is surf city ranging from the big outer breaks like Kings and Queens to the nice learner's rollers under the Hanalei Pier. The pier is a good viewpoint, though when the surf is epic,locals flock to watch from the bluffs at the Princeville St. Regis Resort. Not far away is Kalihiwai Beach Park, a fave among local wahine wave riders; on the road down to the park is a small turnout that provides an up-close view. During the summer, the surf scene shifts to the south shore, where PK's, not far from Poipu Beach, is the best among many sought-after waves. 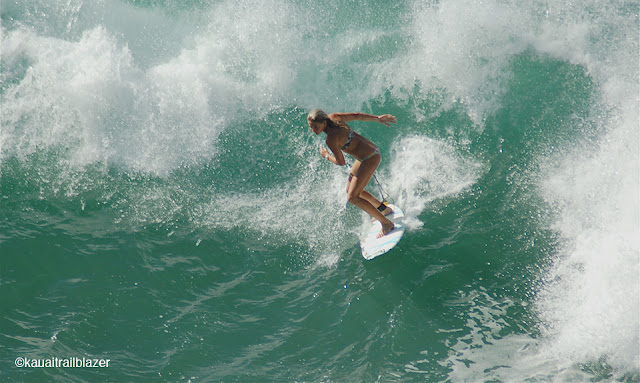 No doubt, the big-daddy wave for spectators is Jaws, a massive wave, 30-to-60 feet high offshore a bluff known as Peahi on the windward coast. Jaws only goes off a few days a year, if that, and access can be problematic, via a dirt road or hike across roads through cane fields (Maui Trailblazer has the details).  You'll know when Jaws is pumping when the parking lot at Maliko Bay is full of trucks and jet ski trailers (the bay is several miles from Peahi, at mile marker 10). Though known more for windsurfing, Ho'okipa Beach Park just outside of Paia, delivers box seats for a colorful surf scene.  Perhaps the most consistent among the best on Maui, is Honolua Bay in West Maui, a few miles north of Kapalua. A dirt road leads to the point, which is a perfect grandstand. Surfers carry thier boards down a cliffside trail. 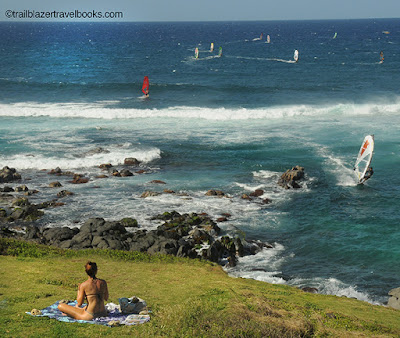 Though you will find many good surfing beaches on the Big Island, few, if any, are among the best in the state.  But Honoli'i Paka (pictured above), just north of Hilo, is a memorable scene that will inspire photographers path swerves down garden terraces to a beautiful, long break at a jungled river mouth. On the Kona side, head for Spinners in the heart of Kailua, which is known as the birthplace of boogie boarding. Enjoy a beverage while surfers flirt to make a head-on-collision with the breakwater These listings are but a taste from the feast of great beaches to become a surf groupie in Hawaii worthy pursuit. Trailblazers are full of descriptions and details. 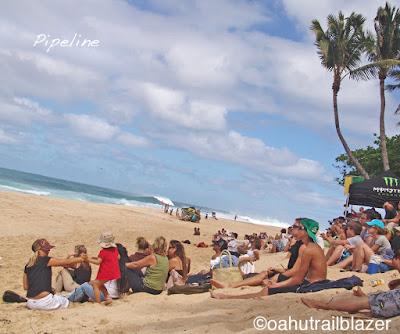 View all posts by: Betsy Lulu